Homeland Security could start with ‘flags of convenience’

The International Transport Workers’ Federation (ITF) says the government can not ignore its national security responsibilities in the wake of damning findings by the Senate Inquiry into Flag of Convenience (FOC) Shipping. 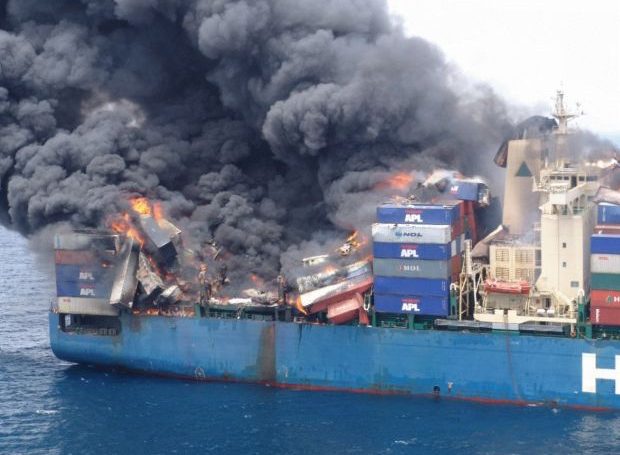 The Rural and Regional Affairs and Transport References Committee report chronicles gaping holes in Australia’s national security framework just one day after a government announcement to create a new Ministry of Home Affairs.

FOC shipping refers to international trading vessels that are registered in tax havens such as Liberia, Panama and the Marshall Islands. These registries are renowned for their lax labour laws, poor investment controls and lack of ownership oversight.

The Australian Border Force Submission states: “The Department notes that whilst a significant proportion of legitimate sea trade is conducted by ships with FOC registration, there are features of FOC registration, regulation and practice that organised crime syndicates or terrorist groups may seek to exploit. These features are:

The Senate Report states: “The committee maintains that [FOC] vessels present serious security risks to the Australian coast, which need to be properly addressed.

“The committee takes the view that, by not agreeing to review the current state of the maritime sector in Australia, the government is failing to address the serious security, economic, human rights and environmental vulnerabilities in the sector.”

The committee called on the Federal Government to grow the Australian maritime industry in the face of what it calls “very real and current risks to our nation” posed by FOC vessels and their crew.

“The Turnbull Government has allowed Australian seafarers to be replaced by FOC lawlessness that now threatens our very national security.

“Under their legislative abuses Australian seafarers, properly trained, security-screened and resident taxpayers, have been sacked and their jobs in a domestic transport sector given away to whoever comes over the horizon without a word of inquiry about their background.

“The solution is simple: stop destroying and start supporting and growing  our domestic shipping industry and the Australian working men and women that work there, and in doing so we will help keep our borders safe,” Mr Crumlin said.

ITF national coordinator Dean Summers said the inquiry had officially laid bare the murky world of FOC shipping that the Turnbull Government has so far chosen to ignore.

“The appalling case of multiple murders at sea onboard the Sage Sagittarius was the basis for this inquiry and serves as a shocking reminder of what can happen when an entire industry is little more than a race to the bottom.

The ITF applauded the committee’s call for a comprehensive whole-of-government review into the potential economic, security and environmental risks presented by FOC shipping.

The committee said it was very concerned by FOC vessels carrying dangerous goods around Australia’s coast, including ammonium nitrate and petroleum products. Last financial year, only 1,072 of the 15,715 commercial vessels arriving in Australia were searched by ABF.

“The committee is very disturbed by the many examples of job losses, poor working conditions, inadequate wages and deaths and disappearances at sea,” it stated.

“To have seafarers disappearing and dying in and around Australian waters, and while in transit to Australian ports is unacceptable.”

The committee recommended that: