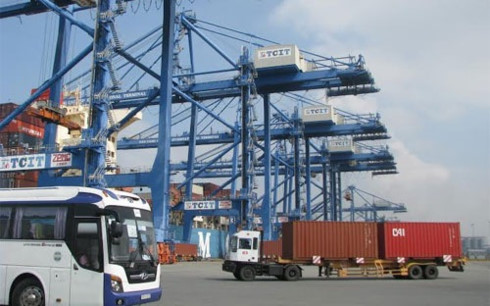 A big reason the Vietnamese economy represents a new opportunity results from the rising per capita incomes that have jumped more than three-fold since 2007, climbing from US$750 to US$2445 as of the end of 2016.

The more prosperous consumer base requires a larger and more serviceable transportation and logistics segment to cater to both enhanced domestic as well as the expanded international demand.

To keep up with the heightened requirements, the Vietnam government has been gradually opening the transportation and logistics segment to more extensive foreign involvement.

Starting in 2014, the government removed requirements for licensed overseas companies to have a local joint venture partner, with only one limited exception, that being container handling and road transport services.

The liberalization of the segment has led directly to a steady influx of foreign logistics companies entering the local market.

The foreigners bring the know-how and the local 2,000 or so small local companies must pay attention and learn from them, Tran Nguyen Hung, former CEO of multi-platform logistics firm Sea and Air Freight International, told OBG.

Today the foreign transnationals operating in the Southeast Asian country have edged out most of the smaller local companies and control an estimated 80% market share, Mr Jung added.

Expenditures by foreign transnationals in the segment have accounted for an estimated average of US$30 billion-US35 billion per annum over the past few years, according to an April report issued by finance and advisory services firm Grant Thornton.

Elevated levels of international interest in the market were evidenced this past May, when the Republic of Korea conglomerate Taekwang Group issued a statement declaring its intent to acquire Gemadept, the largest logistics and port operator in Vietnam.

Upon the completion of the private offering by Gemadept, the Ho Chi Minh City Stock Exchange-listed company was valued at US$550 million (VND12.5 trillion), with foreign and domestic stockholders holding 49% and 51% of the outstanding shares, respectively.

Obtaining Gemadept gave Taekwang access to the latter’s network of logistics centres, including five operational ports, along with one deep sea container port and one river port in the developmental stage: the Gemalink in the south and the Nam Dinh Vu in the north.

Gemalink is scheduled to come on-line in 2019 and should increase the company’s market share of port operations to 25% of the national total, up from the present level of 8%.

A gradual improvement in processing times for both imports and outbound freight and increased efficiency might also encourage investors, said OBG, and to this end the General Department of Customs announced improvements to its business environment this past May.

These developments include streamlined processing procedures and enhanced online services, which ought to result in a marked reduction in clearance times for goods passing through the external trade hubs of Vietnam.

By the end of 2017, imports and exports should be able to clear customs in as little as 90 and 70 hours, respectively, with this time decreased an additional 10 hours by 2020, said the OBG.

Currently, it takes on average 138 hours for imports to be cleared with exports requiring 108 hours, according to data from the Vietnam Logistics Association.

These improvements, as planned, will bring freight clearance times in Vietnam closer in line with those of other regional countries, furthering competitiveness, reducing costs for shippers and logistics operators, and stimulating further foreign involvement.